Researchers from The Geological Survey of Denmark and Greenland (GEUS), University of Colorado, NASA, John Hopkins University, University of Maryland, University of California and University of Alaska have developed a new method to account for variations in geothermal heat flow caused by sub-glacial bed topography under the Greenland and Antarctic ice sheets. 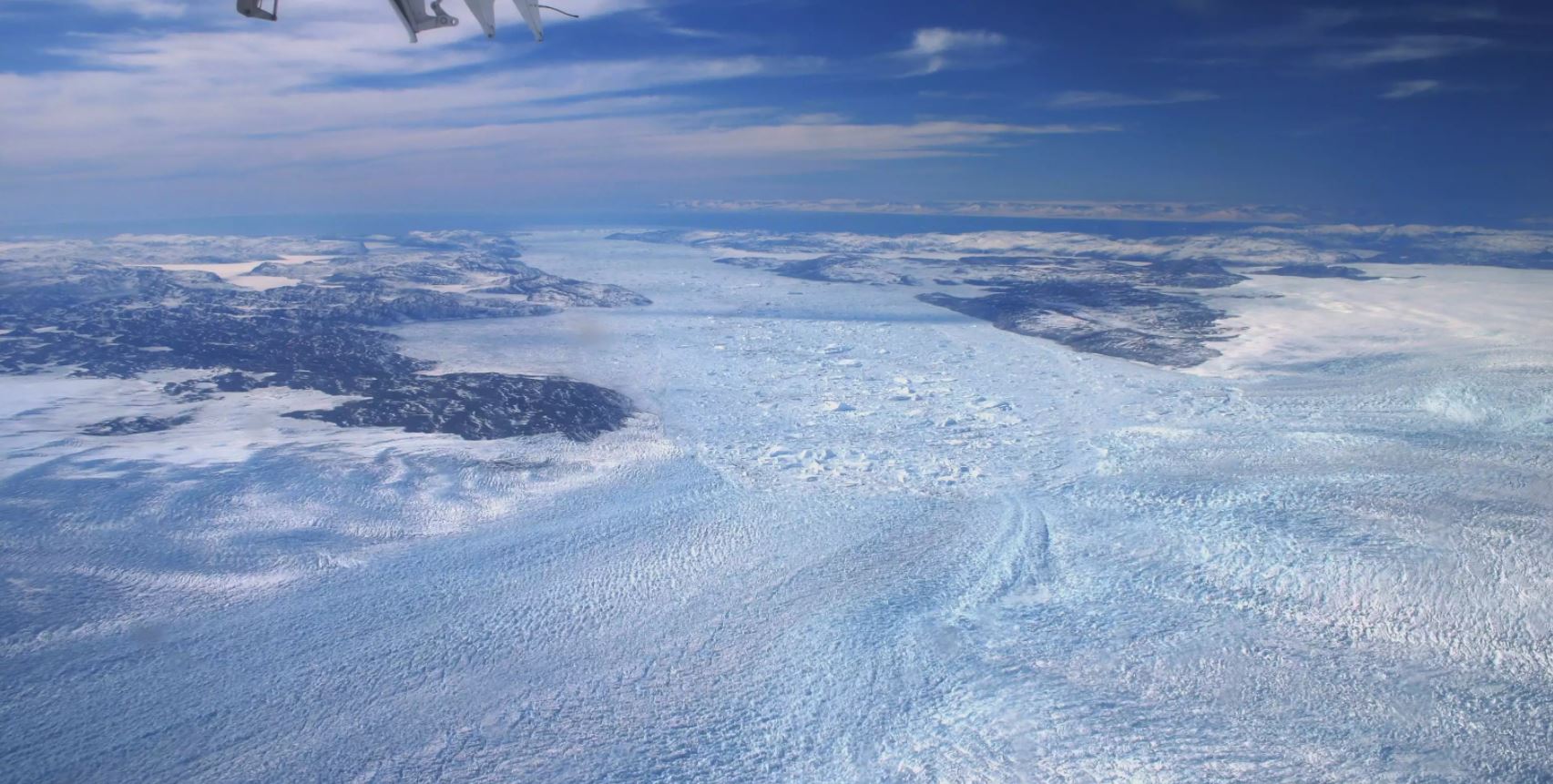 Presently, there is a lot of uncertainty about the magnitude and pattern of geothermal heat flow beneath the Greenland and Antarctic ice sheets, and models do not account for variable bed topography.

In a newly published study led by GEUS, researchers have developed a statistical method for correcting geothermal heat flow models to make them consistent with known subglacial bed topography.

“Basically, if the heat escaping Earth’s interior is looking for the quickest way to radiate into the atmosphere, a deeply incised valley provides the fastest exit. This effect is readily observable from the fact that geotherms – surfaces of constant temperature – are packed more closely together beneath valleys, indicating a stronger temperature gradient there – and hence heat flow – in comparison to ridges,” says William Colgan, Senior Researcher in the Department for Glaciology and Climate at GEUS and lead author of the new study.

Geothermal heat flow can change drastically across hundreds of meters

The researchers behind the study created a simple statistical model to estimate this topographic influence on geothermal heat flow and applied it to digital elevation models of the sub-glacial topography beneath the Greenland and Antarctic ice sheets. The result was a much more detailed geothermal heat flow map than what is usually seen.

“We are showing that instead of being something that changes gradually across tens of kilometers, geothermal heat flow can change drastically across hundreds of meters. This might really change how people think about variations in geothermal heat flow, not only beneath the ice sheets, but also other regions on Earth where there is a lot of topographic relief,” says study co-author Yasmina Martos of NASA and the University of Maryland.

According to Colgan, knowing the temperature distribution within the ice sheets is essential for creating accurate ice flow models.

“If you run a computer simulation of an ice sheet with a severe over- or under-estimation of the geothermal heat flow, you can easily end up generating an ice sheet that is either too warm or too cold. Ice flow is very sensitive to temperature – particularly near the bed – so geothermal heat flow is a critical variable for simulating the form and flow of Earth’s ice sheets,” Colgan explains.

The researchers behind the study hope that these topographic corrections for geothermal heat flow will be adopted into present-day ice-flow models to improve ice-flow predictions. 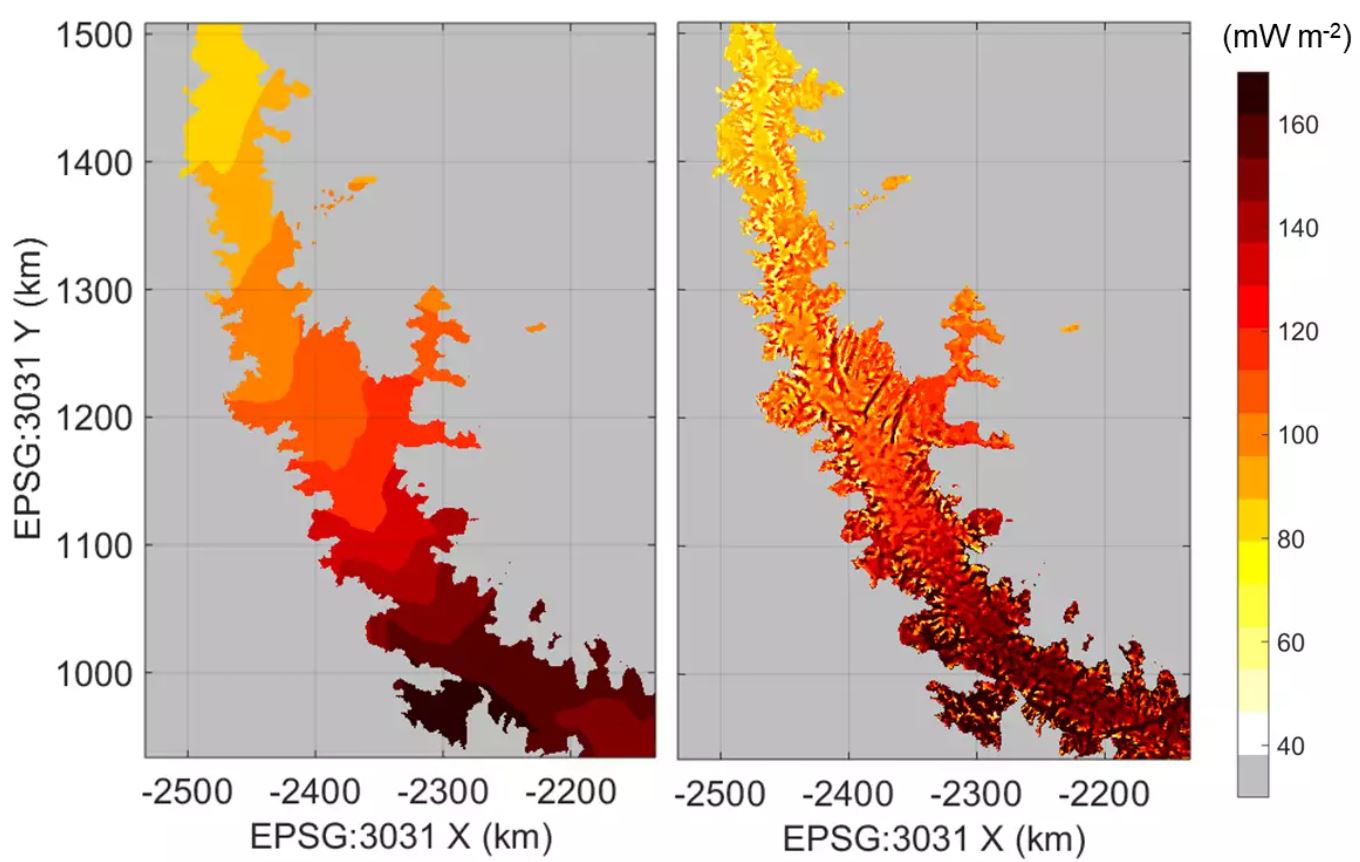