The Greenland Ice Sheet is melting from the bottom up, caused in part by energy convection from melt water within the ice. An idea partly coined by researchers at GEUS and now supported by first field observations.

The effect of meltwater descending from the surface of the ice sheet down to the bed – a kilometre or more below – is by far the largest heat source beneath the world’s second-largest ice sheet, leading to phenomenally high rates of melting at its base.

This finding was just published in a paper in Proceedings of the National Academy of Sciences by an international team of scientists, led by the University of Cambridge and with a co-author from the Geological Survey of Denmark and Greenland (GEUS). Based on observations from a top-to-bottom ice fracture and adjacent boreholes at Store Glacier in Western Greenland, the team calculated that as much as 82 million cubic metres of meltwater was transferred to the bed of Store Glacier every day during the summer of 2014 (the work took place over seven years).

The observed basal melt rates were often as high as the melt rates measured on the surface with a weather station. At the base, the researchers found the temperature of water to be as high as +0.88 degrees Celsius, which is unexpectedly warm for an ice sheet base with a melting point of -0.40 degrees. A significant amount of this heating was traced to the water, releasing kinetic energy when hitting the ground. 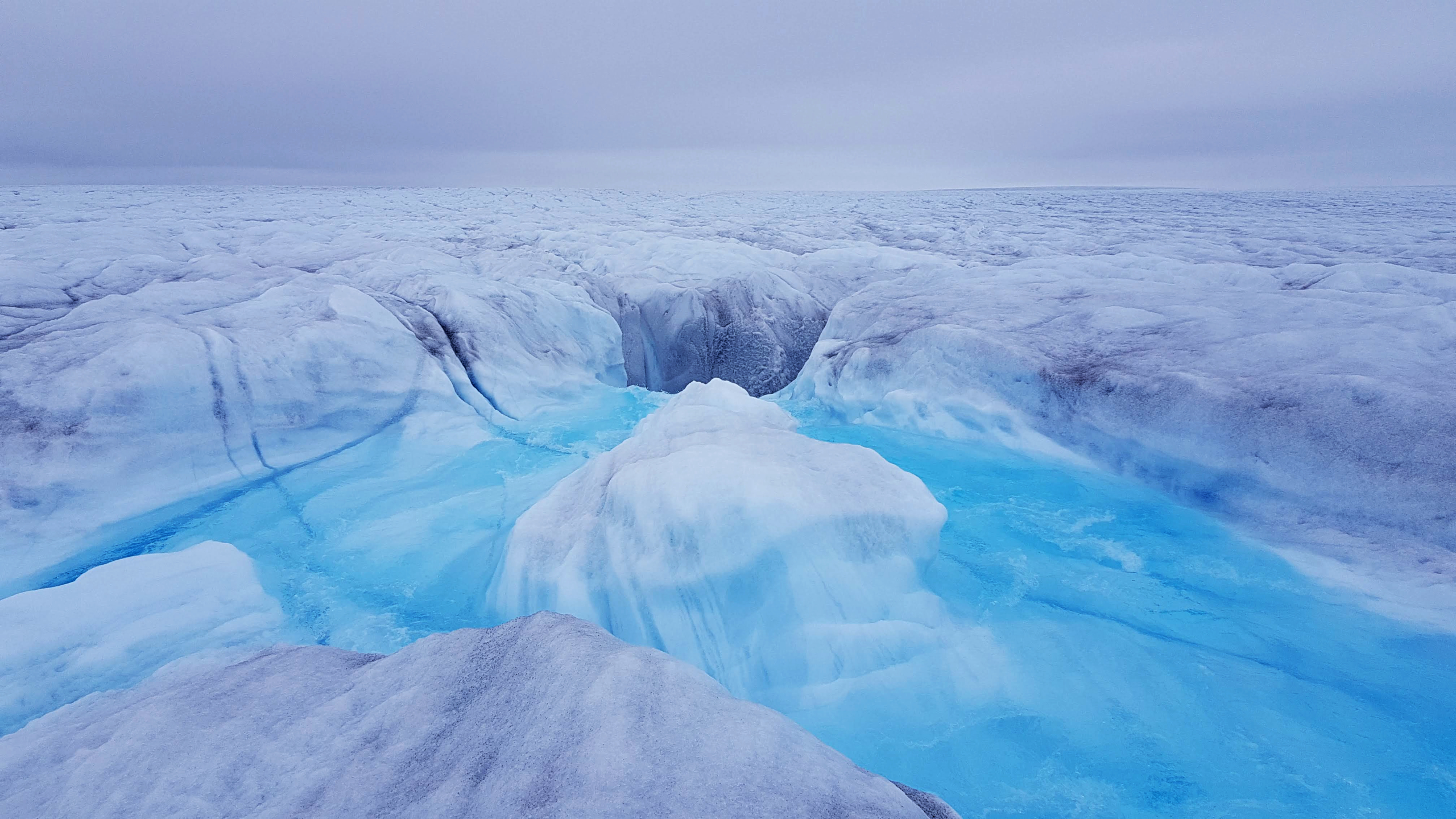 Meltwater flowing into a fracture (called a moulin) and down to the bed of Store Glacier. (Credit: Poul Christoffersen)

Senior researcher Kenneth Mankoff from the Department of Glaciology and Climate at the Geological Survey of Denmark and Greenland (GEUS) co-authored the study, which supports similar Ice Sheet-wide estimations put forth by himself and a University of Santa Cruz-colleague in 2017 (Mankoff & Tulaczyk 2017) and in extended form by GEUS-colleagues in 2021 (Karlsson et al. 2021).

“In the current study, I ran the new data through our Ice Sheet-wide model and helped put the observations from Store Glacier into a larger context. To put it a bit backwards, our model supports the observations,” says Kenneth Mankoff. He adds:

“This is the first actual observations of basal melt factors made on the Ice Sheet, and it’s good to see a very good fit with our overall estimate for the entire Ice Sheet.”

In the previous study from 2021, published in Nature Communications, Karlsson et al., it was estimated that around 8 percent of the mass loss from the ice sheet came from basal melt caused by a combination of friction between the ice and the ground, geothermal heating and – the focus of the present study – heating from energy convection from meltwater falling from the surface.

The factors contributing to basal melt of the Greenland Ice Sheet and its glaciers. Credit: Jacob Lindt Bendtsen, GEUS