The first team of researchers from GEUS has left for Greenland in the field season of 2022. As of every year, this is the culmination on months of preparing with field logistics and mandatory safety courses.

The field season of GEUS research in Greenland has officially started as of the middle of April. Here, the first team of GEUS (the Geological Survey of Denmark and Greenland) researchers took off travelling to Zackenberg in East Greenland. In the coming months as the Arctic weather gets milder, several teams from the Department of Glaciology and Climate at GEUS will journey all over the Greenland Ice Sheet to retrieve data from and repair/update the automatic weather stations put up by PROMICE and GC-Net. Plus setting up new ones at select locations.

However, to make all of this is possible most of the researchers going on these trips has spent the past months planning and arranging the logistics of getting to the most remote corners of Greenland, bringing lots of equipment and gear.

Besides that, but just as important, the staff going in the field in Greenland has followed – or are going to shortly – several safety courses preparing them for working in these extremely remote areas with harsh environment. A part of the preparations taking place every year as well as booking helicopters, planes and a myriade of other arrangements. 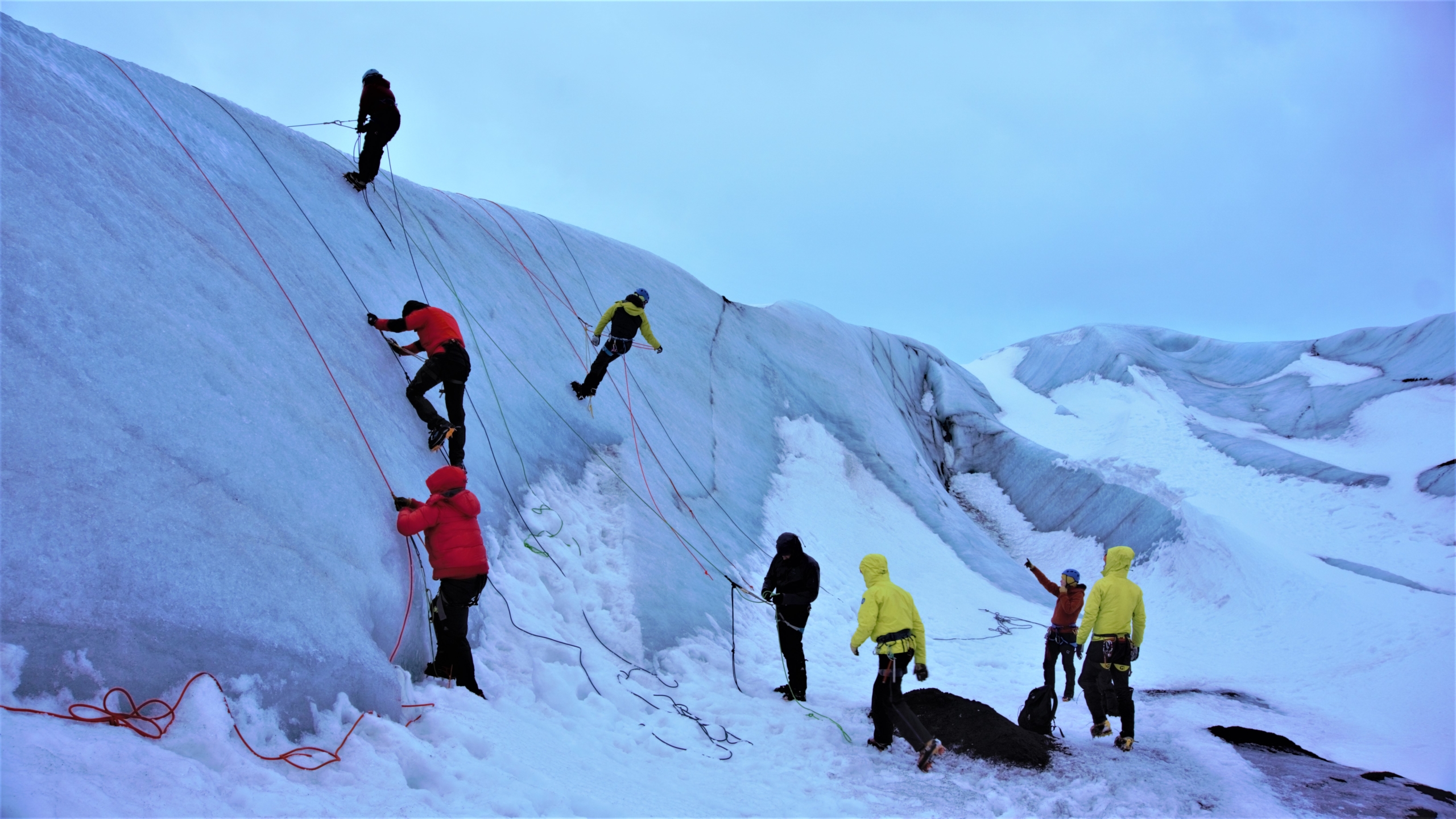 “For instance, we’ve had almost all our staff on a three-day glacier safety course in Iceland in March and the rest has just been on a repetition course in Denmark,” says Signe Bech Andersen, Head of Department of Glaciology and Climate at the Geological Survey of Denmark and Greenland (GEUS).

The Department of Glaciology and Climate are one of the research departments in GEUS arranging the most field trips to Greenland every year. Since the field work requires going to remote areas with harsh conditions, the researchers and technicians going must be trained in safety skills for glacial environments. Which is what they learn in said glacier safety courses. This includes locating crevasses and being able to rescue each other from them if need be. Which fortunately is extremely rare, Signe Bech Andersen explains.

Nevertheless, having the safety skills needed for critical situations is key, she adds. Because at the same time as training for rescue, the staff is trained in recognizing, accessing, and lowering the risks in any given situation so that the probability of needing a rescue is minimized. 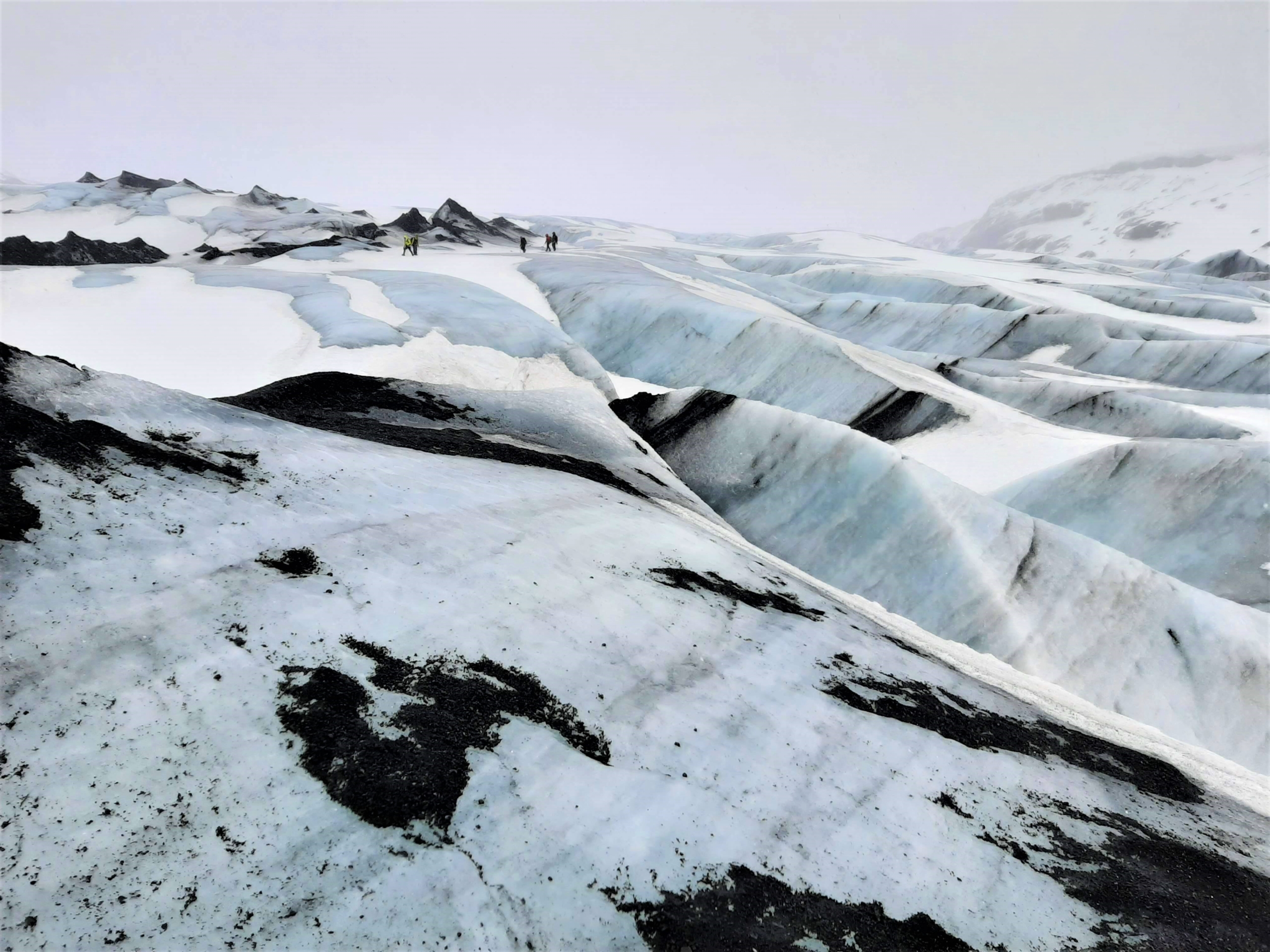 During the glacier safety course, the team practiced choosing the safest path through the rugged terrain of the glacier Sólheimajökull. (Photo: Paul Smeets, Utrecht University)

A range of courses

Therefore, it is mandatory for all GEUS researchers going on field trips to Greenland to follow a range of safety courses besides the glacier course. Most of which must be renewed every third year as a minimum. Thus, prior to the field season most researchers going in the field in Greenland will have skills in:

Field work at sea require one or more of these courses: