The uppermost parts of the Greenland Ice Sheet consist of a snow type that can act as a sponge for melt water under the right conditions. However, conditions are changing and GEUS researcher Anja Rutishauser would like to find out what that means to the ice sheet ability to retain melt water.

This week Anja Rutishauser from Department of Glaciology and Climate at GEUS recieved nearly 3 million DKK (roughly 375.000 €) for her project ‘Uncovering the hydrological processes in Greenland Ice Sheet firn: A path to constraining meltwater runoff’.

She’ll be looking at the intermediate state between snow and glacier ice called ‘firn’ which sometimes acts as a sponge for melt water in the uppermost parts of the the Greenland Ice Sheet (or glaciers in general, read more about firn below article). Thus, how much melt water is either retained on the ice sheet or runs into the ocean can be greatly impacted by the dynamics of the firn layers. Dynamics of which we currently have a poor understanding.

“This new project will establish an innovative firn-hydrological observation network to make up for current lack of field observations,” Anja Rutishauser explains pointing out that right now estimates are of low confidence due to just that – lack of field data.

“By doing this, we will try to answer the currently highly uncertain question of “how much meltwater is retained in the Greenland Ice Sheet firn, and how much is runoff and contributes to global sea-level rise?” 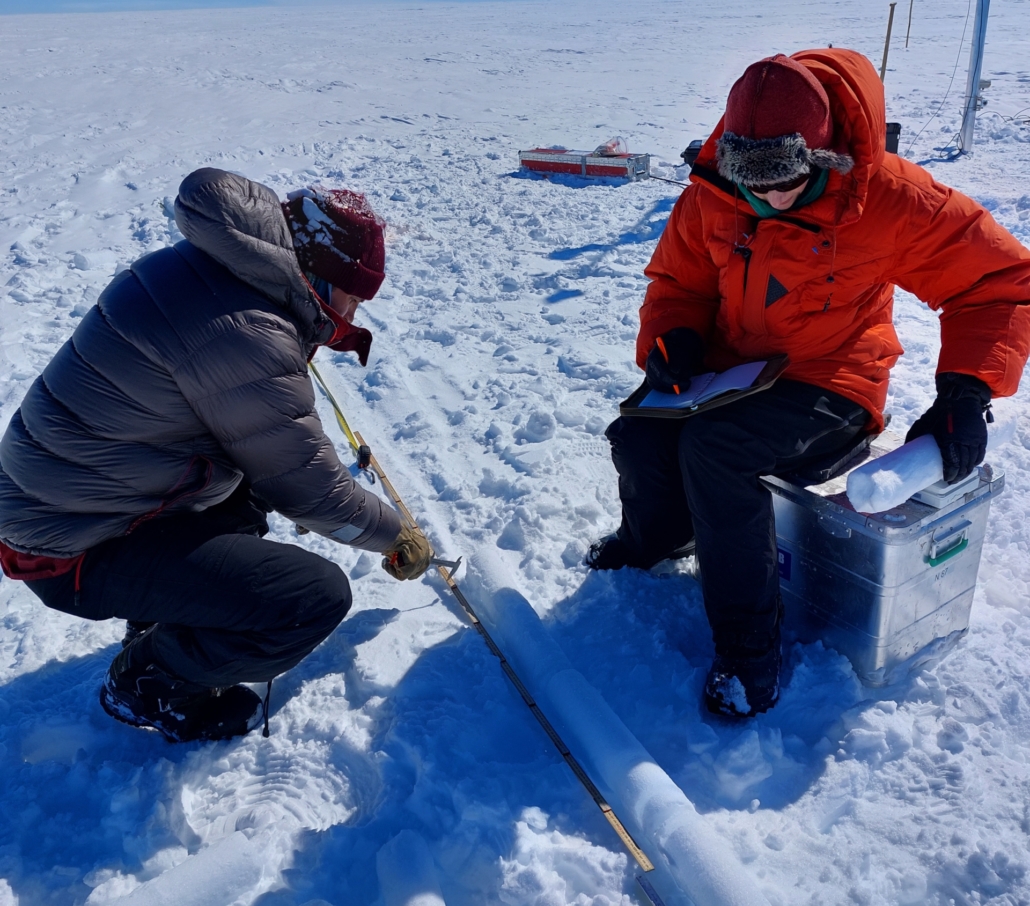 In spring 2023, Anja Rutishauser and colleagues will be setting up the first test versions of stationary radar equipment at the ice sheet. The project revolves around sensors called autonomous phase-sensitive radio-echo sounders or ApRES. Basically, the ApRES send out electromagnetic signals through the ice and record reflections of the signal as it hits changes in snow, firn and ice properties on its way down. Similar to a bat or a dolphin, although a different type of wave. This will hopefully enable Anja Rutishauser to detect changes in the firn such as density, thickness of different layers or saturation. 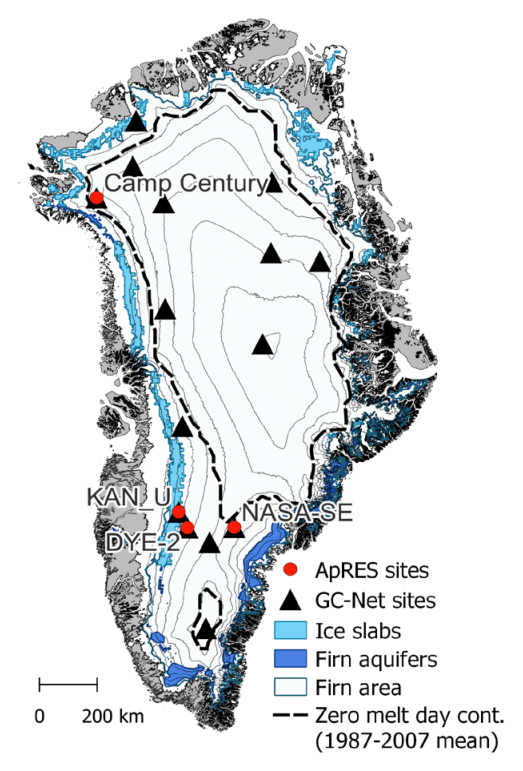 The ApRES will be placed next to the GC-Net stations which is the perfect syngery, Rutishauser explains.

“The GC-Net stations are all placed in the central part of the ice sheet where the firn layer is of most significance to melt retainment and they send home valuable information about physical conditions in near real time. This information will be great to help understand the firn dynamics we aim to record with ApRES and vice versa.”

Adding the ApRES will be a bit like adding x-ray vision to the GC-Net stations, further extending the sensory reach below the surface.

Also, the GEUS team is visiting the GC-Net stations almost every year for maintenance which makes for logistic synergy as well. Which is not something to pass up in the Arctic.

The equipment has not been used for looking at near-surface firn before, Rutishauser explains, so she is excited to test it out. She has experience with the technology from previous work in Canada and Antarctica. The researcher also knows the GC-Net stations well, having spent several weeks during 2022 setting up new ones along the West coast of Greenland. Read her blog post about it at EGU blogs here. 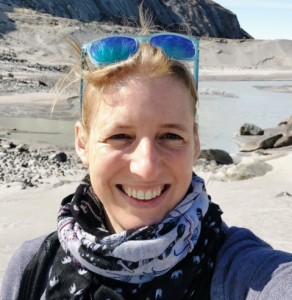 The project is funded by the Inge Lehmann Research Programme by the Independent Research Fund Denmark.

Firn is an snow that ‘survived’ a melt season and is an intermediate state between snow and glacier ice. The word firn derives from the Swiss German for ‘last year’. The further down the firn gets buried under new snow the more condensed it gets, eventually making the individual firn crystals merge and form increasinly large ice crystals. With enough time and pressure, what started out as snow will become smooth glacier ice. 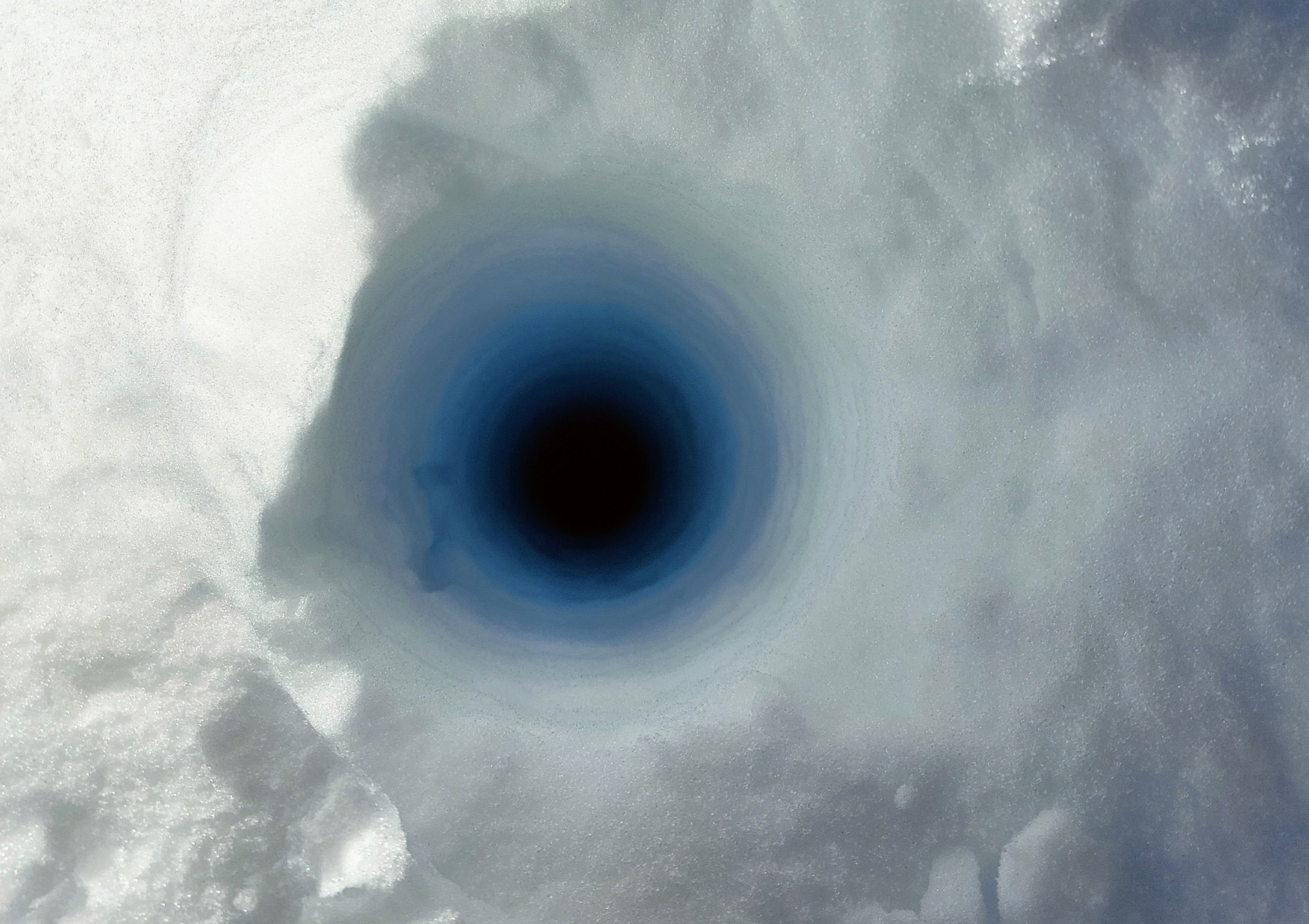 The borehole in the ice sheet from a 10 meter firn core sample (credit: Anja Rutishauser)

Vegetation drives heating and cooling in the Arctic